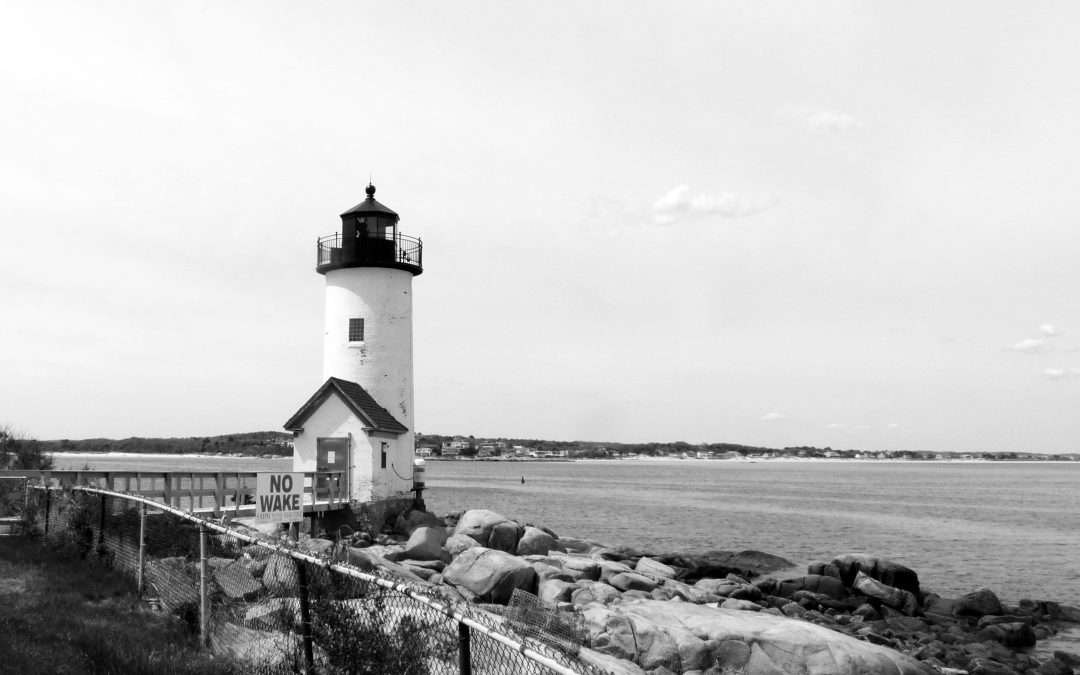 As a family, we most enjoyed Spring and Fall in Annisquam. Depopulated of summer folk there was a deep sense of land and sea. From our home in Norwood Heights, it was a short walk to deserted Lighthouse Beach. The air was fresh, salty, and sweet.

When we first arrived in Spring the tulips were in bloom. The house was cold and damp but we soon had a nice fire in the hearth. Early on it was the scrap lumber from construction. Then branches gathered from the jungle out back or wood scavenged from the tides. To warm up internally there were shots of Southern Comfort.

Crawling into bed at night the sheets were damp and wicked cold.There was no TV in the mid-1950s. We were the first to have a nine-inch TV but there were few channels and the set was always on the blink. All the kids came over to watch Howdy Doody. Dad gave it up and said he would wait until it was perfected. Eventually, we had a Philco that we gathered around to watch Ed Sullivan on Sunday night.

Off-season we were camping out. On Saturday night. Mom liked hot dogs and baked beans with fried brown bread. True to her Irish heritage, she also enjoyed a boiled dinner. We were less enthused and preferred meals that dad made. Intent on relaxing he never cooked at Annisquam.

Occasionally our cousins The Sullivans came for a weekend. We had great times with Mary and Jimmy. All the holidays were shared with them. Cousin Dennis was younger and we played Cowboys and Indians in the woods. Ellen was Pip’s age and they shared the bunk room. At our home in Brookline, they played Doctor in mom’s authentic office. Young Dennis was thoroughly examined. Cousin Susan was older and more mature.

It was fun to have relatives but I was never allowed to invite friends. Dad didn’t want to have strangers in his home. That extended to girlfriends which he wanted no part of. Being younger and female Pip had sleepovers.

On weekends, with nothing much to do off-season, the family played Canasta, Monopoly or worked on puzzles. I had homework from Boston Latin School which was brutal. One spring break I never left the house catching up on English and trying not to flunk Mad Frank Sullivan’s class. Half the masters were deranged. How I envied kids that went to normal schools with girls and stuff.

The school year was so rigid that I went wild during the summer. During the school year, I had zero social life other than the Beacon Assemblies. They were pre-deb tea dances and I was brave enough to ask the girls to dance. There were similar dances for Catholic kids at Madams of the Sacred Heart in Newton. The nuns chaperoned so there was never any action. Now and then I danced at the vintage Totem Pole Ballroom where years later I hung out with Stan Kenton and his band.

Dad painted many images of the Annisquam Light House. 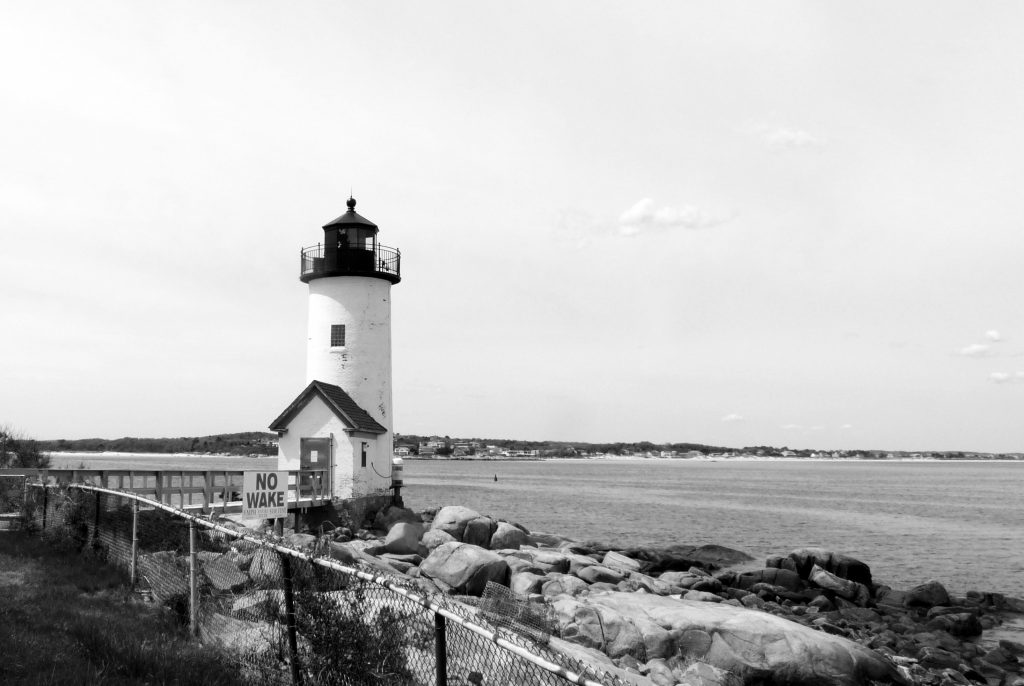 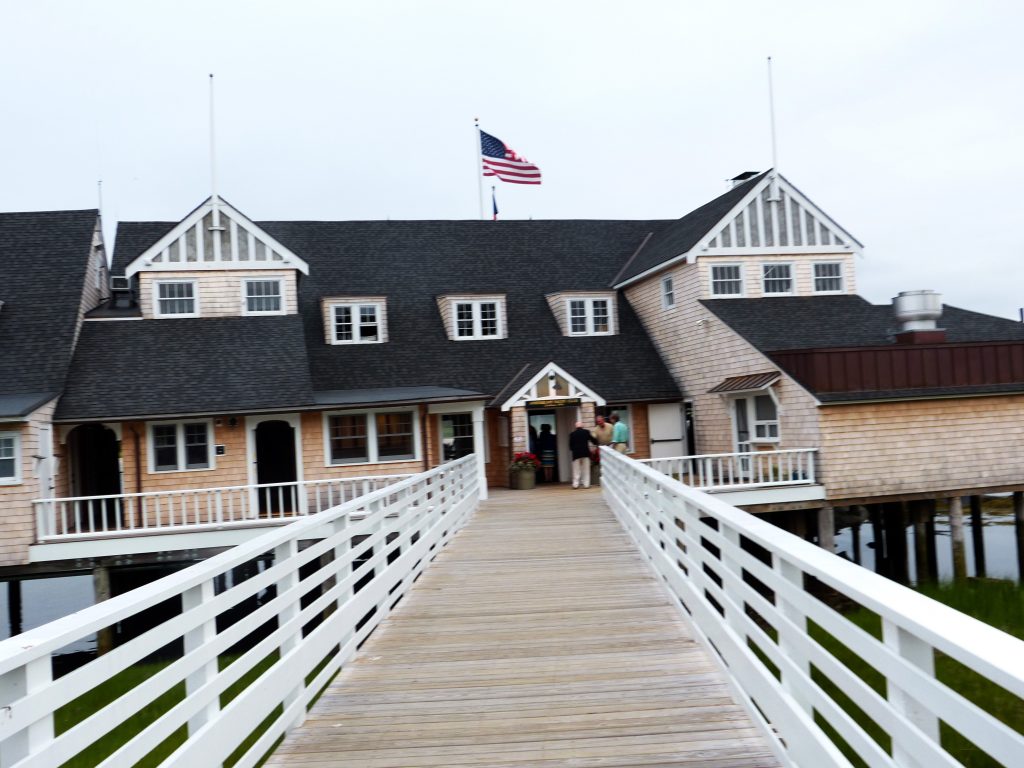 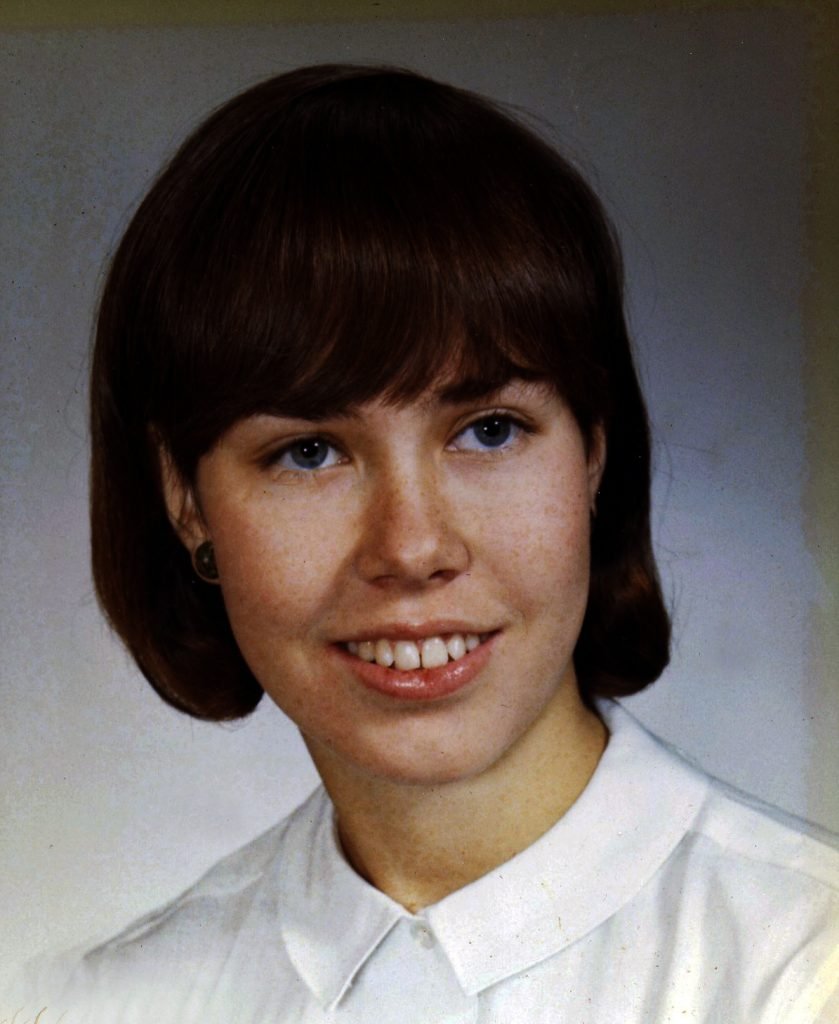 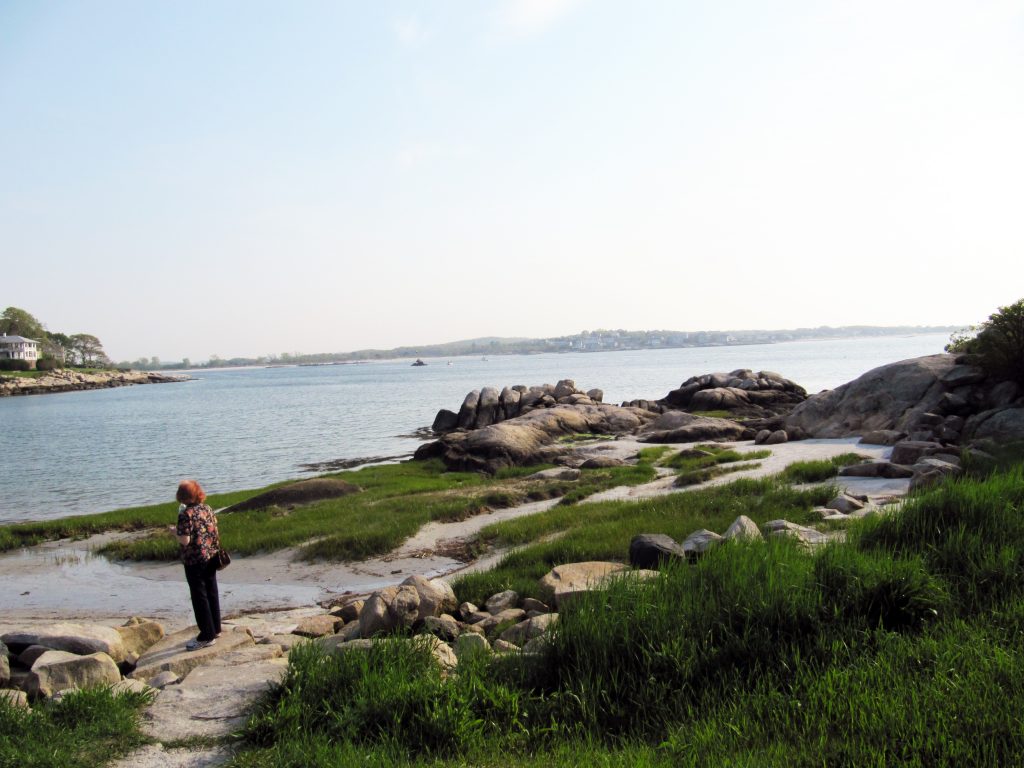 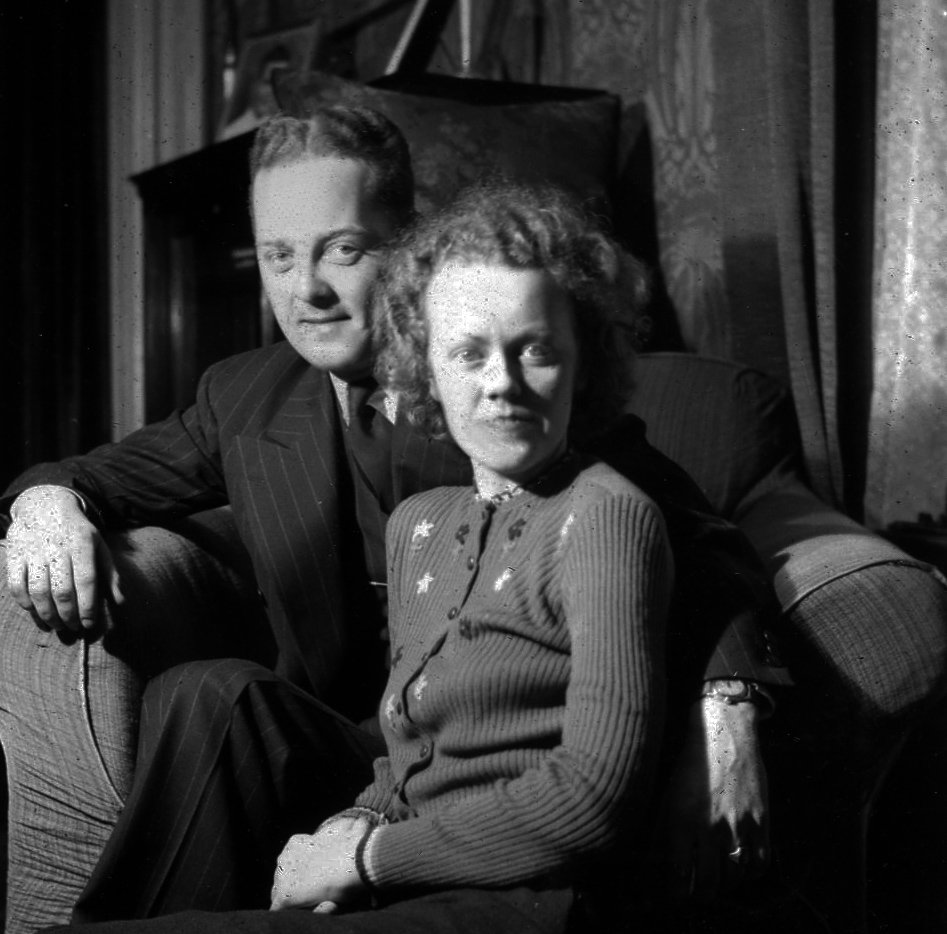 The Sullivans with Dennis, Ellen and Susan 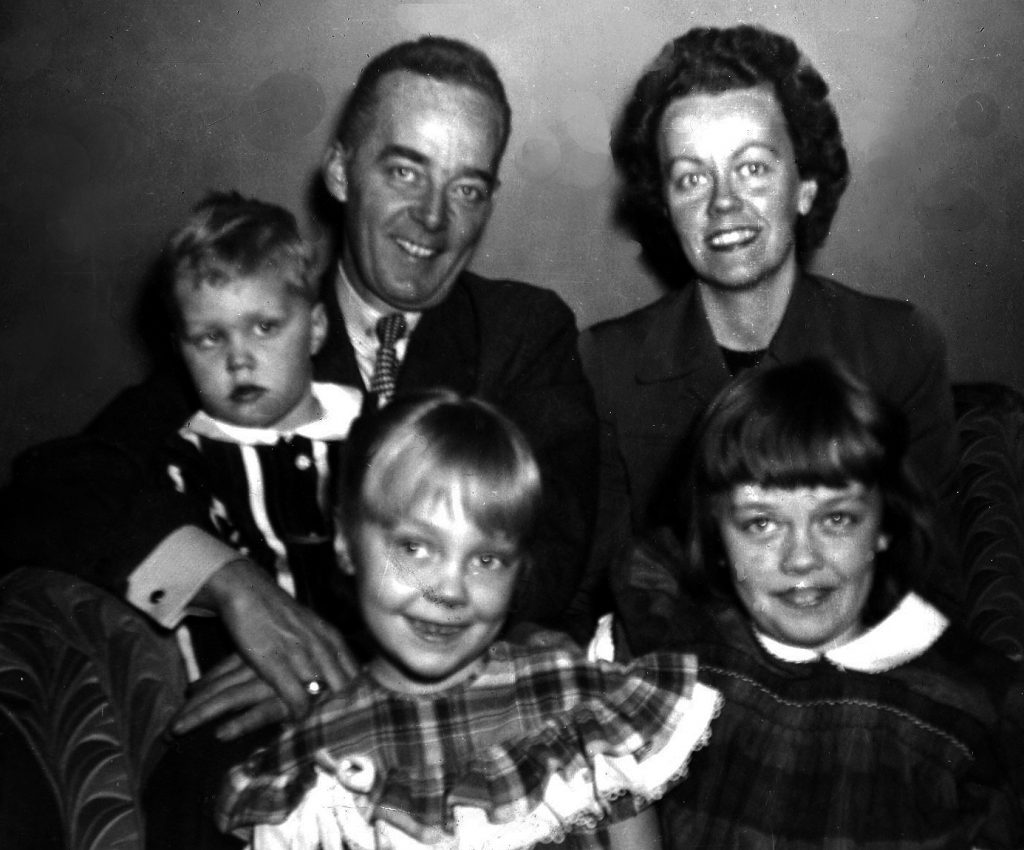 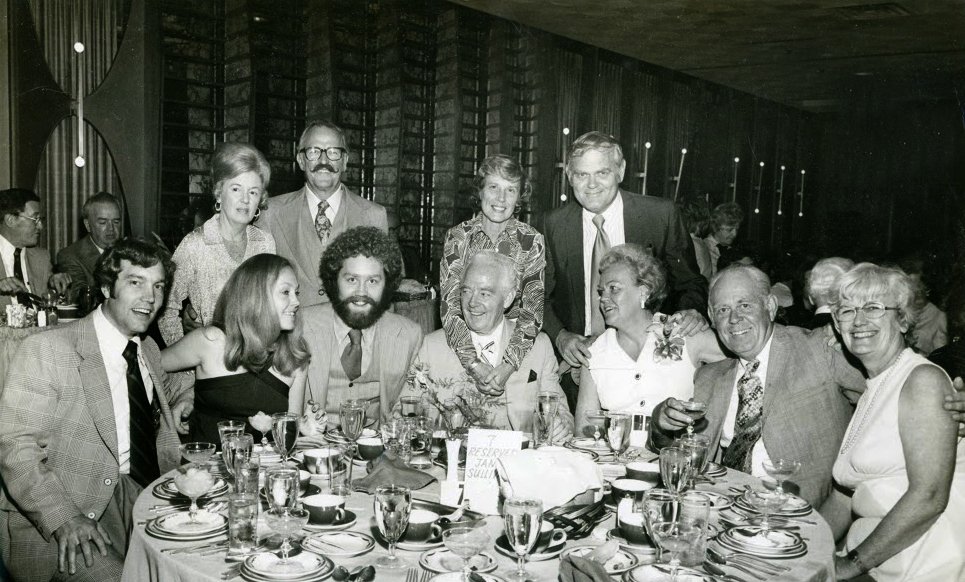 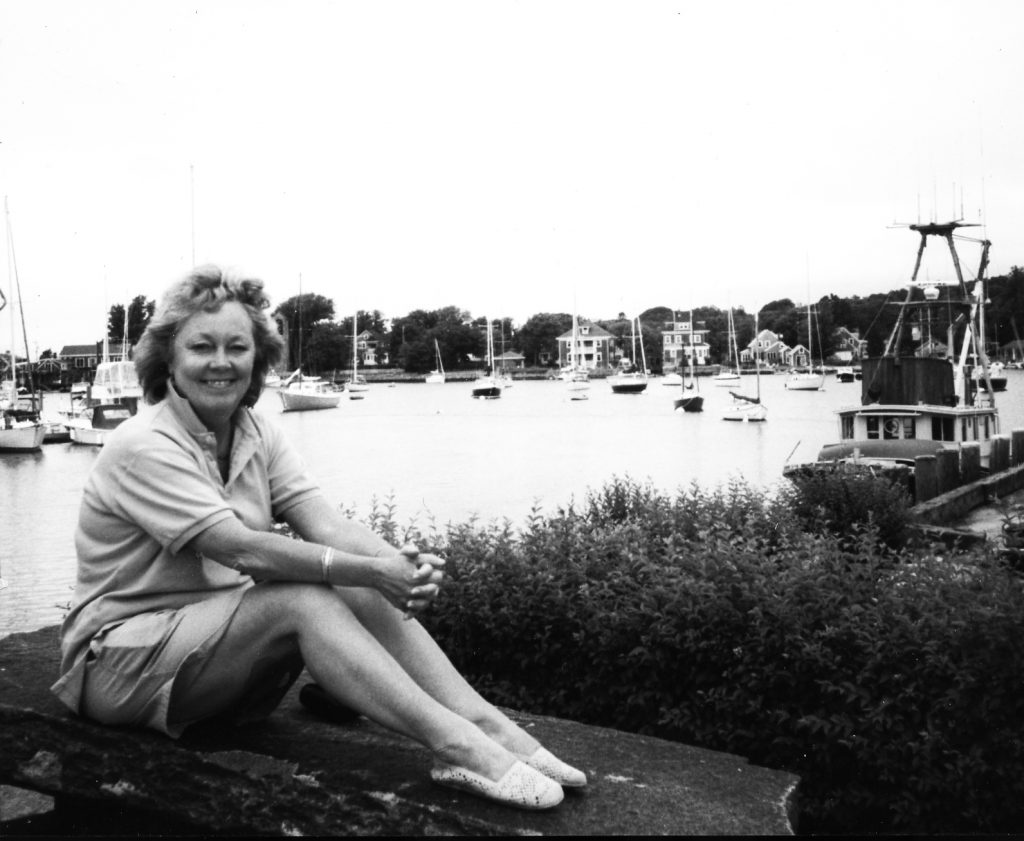 The late Dennis Sullivan with his wife Susan Worthington 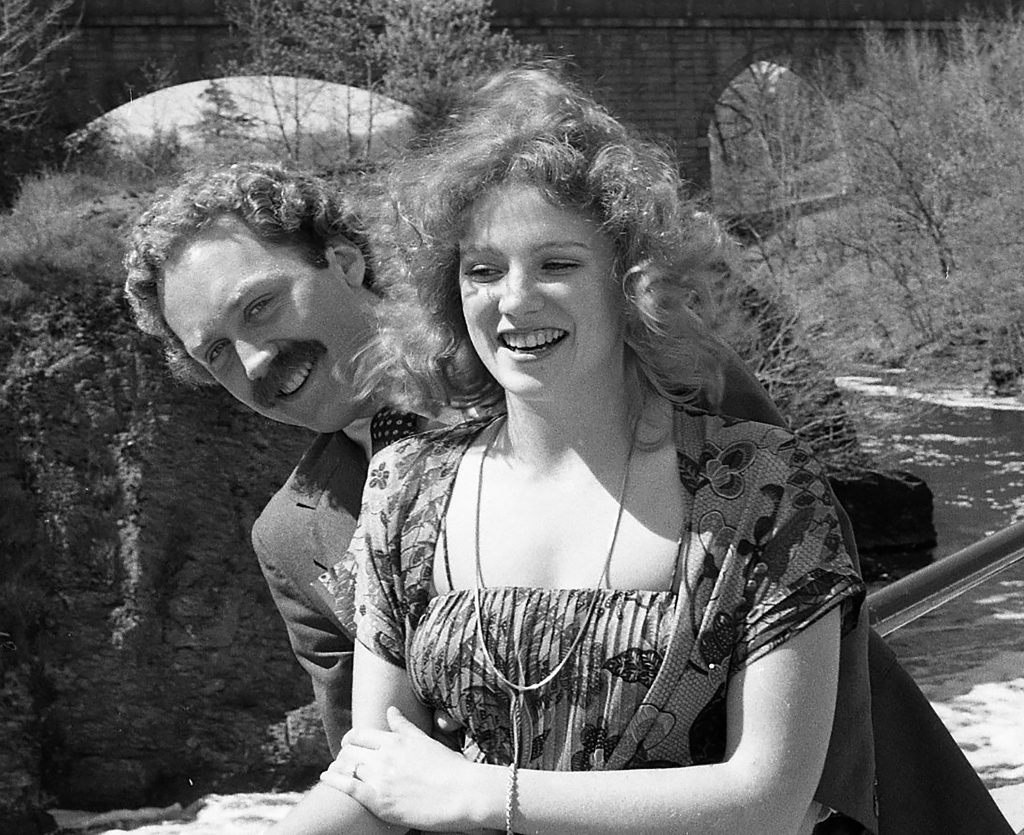 Mom and Dad had busy medical practices and came for weekends. We had various maids who looked after us. It seems we had all the Irish Kelleher sisters, one-by-one as they emigrated. Then, eventually, we found the wonderful Lillian Clark from Georgia. Her son Kenneth played for a time in the NFL. She was a second mother to me.

Everything changed when we joined the Annisquam Yacht Club. A shingle style structure, built in 1896, it is supported by granite piers and beams. It is set back from the road and approached by a wooden causeway. Amazingly, it has withstood a century plus of hurricanes. On the land in front there are three clay tennis courts, two for doubles, and one for singles.

The deck from the river side of the club has a gang plank down to the docks. From there one hails the launch “Jollyboat” to be conveyed to our moored boats. On racing days the launch is constantly in use.

At the edge of the deck is a flag pole. With ceremony each night at sundown the flag is lowered with cannon shot. It was also used to start races.

First I, and later Pip, were enrolled in the Junior Program or JP. It was a summer camp where we learned the basics of sailing and tennis. Now and then the launch would take us across to frolic on Wingaersheek beach. On rainy days there was instruction on sailing and lessons on tying knots. I particularly enjoyed that and was proud of the rigging knife with its spike that I acquired for that purpose.

There were dances several times during the season. The music was provided by a motley crew of member musicians. Smiley Ruggles played drums and Wes Pear when suitably oiled had hot licks on alto sax.  They mostly played Dixieland and raucous versions of “The Saints from Marching In.” As a private club, chit books were purchased to buy drinks at the busy bar. There was always gossip about who danced with whom. Or what you wore.

Lively cocktail parties were notable for cheap booze and not much in the way of snacks other than crackers and generic cheese. Old Mr. Boston was the brand for booze. It was Cotts’s instead of Schweppe’s for gin and tonics.

A regular shopper at Filene’s Basement, I was the first to have a Madras jacket. By the following summer they were ubiquitous and for decades to follow. I scoured Gloucester to purchase my first pair of white bucks. It was the Pat Boone look. In the summer of 1956 I purchased “Rock Around the Clock” by Bill Haley and the Comets. As they say, I remember when rock was young.

But it was the 1950s and nobody was getting to third base, particularly in Annisquam.

Those 45’s came in handy as I began to throw wild parties during the week. I was never invited to other kids’s parties which, in truth, were pretty square. Mine were bigger and better. My gang were the cool kids that came from as far away as Marblehead. The cops called and threatened to shut us down. But it was a long drive from Gloucester and they never bothered.

The Village was dominated by the scions of tenacious old families. There was, however, an underbelly of dissidents. It was the era of young Brando in The Wild Ones and James Dean in Rebel Without a Cause. Chas and John Starr from Belmont were cool kids. Their mother, a skier, was a hipster.  Chas wore engineer boots and owned a Hudson Hornet, Kerouac’s short in On the Road. We were the future man and the other kids were squares. Rick Lourdan and Bobby Dangelmayer were mates.

The word got out and a motorcycle gang crashed the party. Pip danced with the leader of the pack which she recalls to this day. Next day, she and Lillian cleaned up and kept mum while I nursed a wicked hangover.

Gossip, however, caught up with me. On the beach that weekend Peg Usher spilled the beans to Mom. “Jo,” she said. “Charles did it again. There were cars parked all over Norwood Heights.” I got grounded big time and she made me do a summer’s worth of chores. But Dad never found out.

Charles Giuliano is author of Gloucester Poems: Nugents of Rockport.