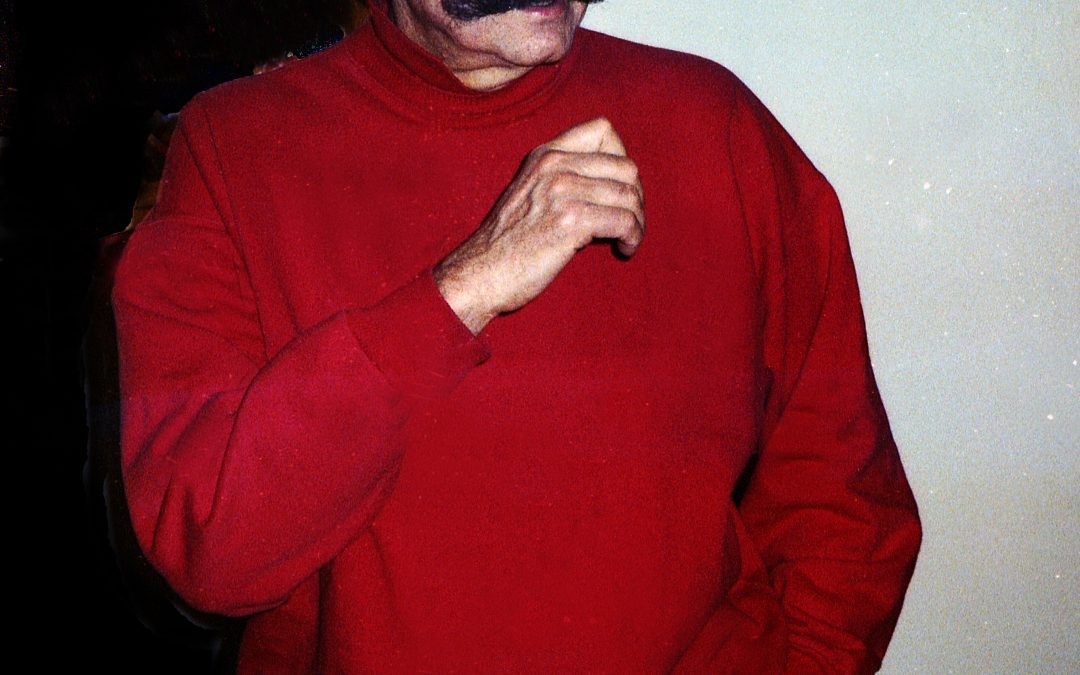 Riding an elevator with jazz musician Gerry Mulligan he was in a snit.

Listening to the piped in music he ranted.

“Some musician is getting ripped off” Mulligan said.

He imagined musicians gathered for an elevator session.

Really getting into it.

Later laying back over cold ones “Hey lads, we were really good today.”

Or the salad bar I frequented for lunch.

Often arriving early, when it was relatively empty before the rush. Rap blasting.

I just wanted a salad and had to endure that crap.

Or just about any waiting room.

Why is it always so bad?

Like Sunday mornings in East Boston when a neighbor blasted Frank Sinatra.

Or dudes driving through the hood day and night booming rap.

Hey guys there’s a difference between Trane and Train.

Trouble is that I have a good ear and can’t help listening.

The technician gave me headphones and asked what kind of music I liked.

Jazz was the wrong answer.

I got stuck listening to Kenny G.

Bread’s ok but what a cop out.

Back in the day he trashed my pad in the murder building for an Alice Cooper party.

Working on Saturdays with Ray a Giclee printer.

We listened to Rod McEwen tapes.

That’s like the Ludwig Van torture scenes in Clockwork Orange.

For lunch breaks he ordered Amaretto on the rocks.

Or Bud Light which isn’t even beer.

Way back I used to drink Bud or Old Milwaukee which was cheap for parties.

Then I started traveling to Europe and hanging in London pubs.

I got hooked on Young’s which is unpasteurized.

Or drinking Belgian beer. Best in the world.

It took years for American micro breweries to catch up.

Not that it matters to the Bud Light crowd.

They’re into the ultra vi.

On the road nowadays try to find a “local” restaurant.

Often several miles down a dirt road to find a pit.

She was a sport, high roller, and a hoot to travel with.

Today I had a burrito in Bennington at the Avacado Pit.

We had a doctor’s appointment then the obligatory burrito.

In East Boston we had tons of great taco stands and Hong Kong Harbor.

Me and Jim used to hang there when he had a gallery in Maverick Square.

It wasn’t gentrified yet and I haven’t been back in years.

But there’s nothing on earth like a Santarpio’s pizza.

Trust me I know pizza.

Even had it in Naples.

Banality is tough on the senses.

Back to the waiting room and what’s on the walls.

Too many pretenders call themselves artists.

Today it was landscapes with pallet knife.

Hunks of paint for trees and leaves.

In the halls framed pictures of dogs.

The norm is lots a color photos on canvas of nature and fall foliage.

Used to be color field paintings as lobby art.

As Linda Nochlin puts it “anti-realism.”

My dentist actually has an “original” Thomas Kinkade.

You know “the painter of light.”

Years ago I went to a shrink.

But he had a cool Japanese scroll behind his chair.

Looking at it was better therapy than whatever he had to say.

Banality comes in all shapes, sizes and forms.

Like those “lovely” dinners my great aunt invited us to.

She made wicked good pie.

I gave up on a girlfriend whose apartment had ersatz Bob Ross paintings and cuckoo clocks.

It was serious. and she had many fine qualities, until I said basta.

Growing up in the 1950s TV was terrible.

Not that it’s any better now with Bachelor, reality, and Steve Harvey (net worth roughly $200 million). Can I buy a vowel?

Jeopardy ain’t what it used to be.

Did you ever sit through Lawrence Welk and the Lovely Lennon Sisters?

How about Guy Lombardo on New Year’s eve? Before the forever young Dick Clark.

Could you believe Anderson Cooper and Andy Cohen in 2022? Total gonzo.

How about Kate Smith after school? What a hot babe singing “When the Moon Comes Over the Mountain.” Be still dear heart.

There’s a Lenny Bruce joke about her vs. Lena Horn but better not repeated.

You can’t even think about Lenny without getting pepper sprayed by a zealot.

Which is to say, there’s no humor any more. It’s been cancel cultured.

Or as Bill put it over lunch choose your audience wisely.

What’s beautiful or funny to me isn’t necessarily for you.

Everyone takes pictures of sunsets.

Or selfies in front of a famous vista.

Why do they all seem the same?

Which is to say boring.

That picture is never close to the real thing.

Even tweaked with Photoshop.

Being in the arts makes me hyper sensitive and critical.

Sitting through a show just about everything gets a standing O.

Roughly one in ten deserves it.

At a Tina Turner arena show, some years ago, the guy behind me whacked me in the head.

The show was a shuck and I refused to stand up.

I loved her with Ike but by then she was just in it for the money.

That can happen but try to explain it to a fan.

I like the line in Gimme Shelter when Mick says “Charlie is good tonight.”

In New York I caught Joe Cocker a week before a gig in Boston.

He was wasted and threw up on stage.

Promoter Don Law called and begged me not to review it before his show.

“You’ll ruin me” he said. But never returned the favor.

Banality is always lurking about in the shadows ready to bite your ass when least expected.

There was a great performance of the Woody Herman band at Sandy’s.

My pal Herb Snitzer and I were in front shooting the legendary musicians.

After the gig a rich fan invited everyone to a party at his mansion.

He was a comical fellow in a mod wig and Sgt. Pepper outfit.

In his living room was a grand piano and a state of the art drum kit with maybe a dozen Zildjian cymbals. That’s a tip off that the dude ain’t got no chops. Although Buddy Rich had a big kit.

I once saw Max Roach solo for twenty minutes on just his high-hat cymbals. It was amazing.

The idea of the party was that the host would “sit in” for a jam with all those cats. The dudes just snickered at that.

Reminds me of the scene from the Hustler when Paul Newman is invited to play pool at a rich dude’s home. Fast Eddy runs the table for some quick cash. Then later meets his match with Minnesota Fats (Jackie Gleason).

Like the time George Wein brought out Mingus to jam with Brubeck.

It was like that scene in Amadeo between Salieri and Mozart.

Mingus smiling all the while sliced and diced Brubeck. Much to my amusement and a few others hip to the jive.

The host didn’t smoke but there was lots of candy and snacks.

His walls were plastered with LeRory Neiman paintings. You know the Playboy illustrator with the big moustache. They went for serious coin though I wouldn’t pay two cents for one.

As luck would have it, not long after, the dude’s house burned down. It made the papers and he was in scandal up to his mod neck. What a pity those insured to the max paintings went up in smoke. Such a loss to humanity.

Or, as we say in the game, never hip a square.