Publishing As A Late Bloomer 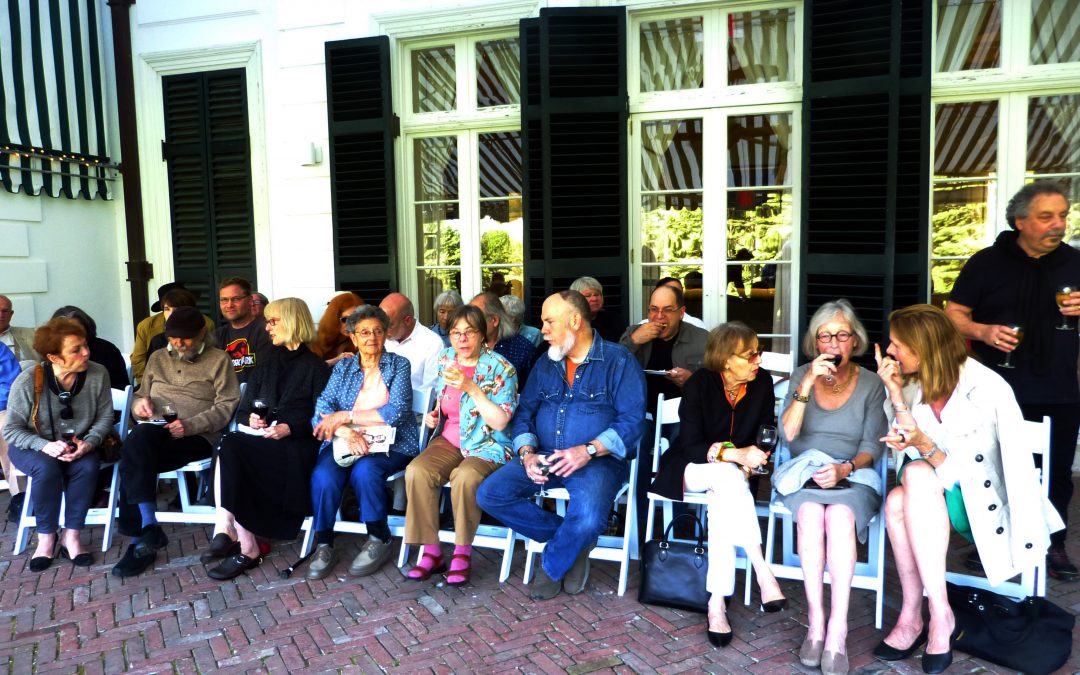 Now 80, since 2014 I have self-published seven books. Three are oral histories and the other four, books of gonzo poetry. All of this occurred after retirement from academia during which there was no time to write.

It seems that I published after I perished.

The latest book was done during the adversity of Covid-19 with the added impediment of major surgery for spinal stenosis on March 16. Home from three weeks in a rehab facility I resumed work on the book which I had doubts about completing.

Although edited over the past year and a half “Museum of Fine Arts Boston, 1870 to 2020: An Oral History” had taken the past six decades to experience and compile.

Since my college years I have written poetry. It was scribbled into drawing pads and notebooks.

When I worked in the basement of the Egyptian Department of the MFA each day I threw the I Ching and read the oracles in a vintage Shanghai publication borrowed from the Asiatic library.

I wrote out the daily oracle in a diary that also included poems.

Neighbors in the basement storage area were several mummies. Their heart scarabs had been shucked by thieves. I viewed myself as a worker for the pharaohs and honored these embalmed corpses. With cut paper and drawings I made hearts to replace the missing scarabs. It pleased me to think that I was doing this good work to honor the dead.

The poems continued but were never published. Later ones were typed and crammed into a file cabinet. In a moment of paranoia, I chucked them.

Since I am the publisher of  Berkshire Fine Arts it occurred to me that nothing stopped me from posting poetry online. Getting published is the biggest challenge for poets and I controlled my own platform.

The only concern was the potential ridicule that would be heaped upon me.

The initial idea was that I would write one poem each month riffing on the cycle of seasons.

Sticking my toe in the water, so to speak, I braced myself for the aftershocks. To my surprise, there were none but a bit of positive commentary.

That emboldened me and the range of topics quickly evolved beyond the calendar.

The initial impulse was to harvest the low-hanging fruit of family and staccato portraits of musicians I had covered as a critic. That also meant using my own photos from a vast archive of slides and negatives.

Having gone public I felt both exposed and motivated. It was heady, intoxicating, and empowering but also a bit reckless and undisciplined. 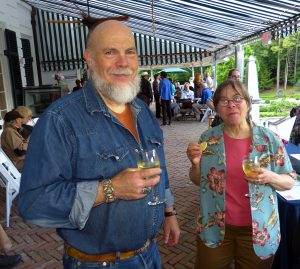 My editor Leanne Jewett and husband Brian at Mount launch.

I found a great editor in Leanne Jewett, a former neighbor, and friend. We explored finding a designer before approaching Amanda Hill of Studio Two. That solidified a team that has continued to thrive and create well-designed and edited books.

There was also the challenge of writing a critical mass of material. While on holiday in Sandwich in a cottage I went on a poetic bender. We walked the beach and breathed fresh Cape Cod air. We went on a whale watch which became a poem. I came home with enough material for the first book.

There is always something sacred and romantic about every first.

Initially, I really didn’t know what I was doing. That included doubts as to whether my inventive, experimental manner was even poetry. I had no knowledge of the rules of the road and frankly little interest in them.

Several legitimate published poets offered unsolicited advice. They suggested how the poem would be better if. But I was only interested in moving straight ahead and finding my own way.

During a recent lunch with a poet and professor at a major university, he stated that “I can take up to a year to write a single page.”

“I know what you mean” I replied. “Some of my poems can take up to an hour to write.”  It’s a line I have used before on other poets.

Studying his face I encountered Buster Keaton. Clearly, he would not dignify my ignorance with a comment.

I explained that the work came in gonzo bursts of inspiration.

Apparently known for his remarkable ability to conjure quotes, he framed what I was saying and anchored it to an established literary tradition. I wish I could remember what he cited. It was a remarkable occasion of literary tennis and I regret not taping or taking notes. I anticipate more such dialogues. It’s always great to have smart friends. The best advice is to play with someone better as it ups our game.

Through a life of arts journalism, I have had many Socratic moments with the best minds of our time. I have always cavorted above my pay grade.  Everyone wants to get ink which is why I had such remarkable access. I like to say that I knew Miles Davis but he didn’t know me.

Quoting the Orient as Allen Ginsberg once told me over lunch “First thought best thought.” He was on his way to the Great Barrier Reef and wore two watches one for here and the other for there. I asked him about Kerouac.

While I was groping into the unknown, from the beginning, I was most fortunate to have as a poetic consigliere my BFF Robert Henriquez. He grew up in Haiti and 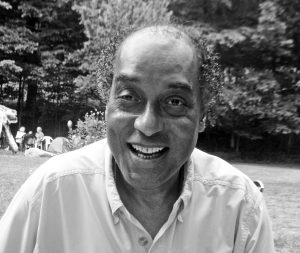 was schooled in the French tradition. As such he was well versed (pun intended) in navigating my literary voyage of discovery.

He came to explain and define what the word means as gonzo poetry. He linked it to the Language poets with whom I was and remain unfamiliar. But he connected me to other sources and overall that legitimized and encouraged the flailing about of an untutored, maverick, literary free spirit and bete noir.

We had been friends for some time but this exploration deepened the bond. Mostly I appreciated that he understood and deconstructed the work rather than advising how to write. I have never responded well to lessons and prefer to invent my own means of learning.

There was a burst of euphoria when we got the first copies of the book.

Susan Wissler invited me to launch the book at The Mount. It was a dream to start a career as a published poet at the home of Edith Wharton.

It was a catered event on the porch during a gorgeous late summer day. There was pr posted in the Berkshire Eagle and a resultant great attendance. Many friends came as well as fellow members of the Berkshire International Club. Leanne and her husband Brian drove down from Vermont. Poet Geoffrey Movius and his wife came up from Gloucester.  I sold and signed a stack of books.

Never having given a reading I had no idea what to expect.

Not to worry. Susan read the book and had lots of notes. We engaged in a lively and often hilarious dialogue. My great regret is that it was not documented. We made a great pair. She probed deep into the belly of the beast with acuity.

Judging from the audience’s response it was a notable event. One that deserves to be repeated. I should get back to her now that there are seven books.